President Trump is considering issuing an executive order so that the hotly contested 2020 census will include a citizenship question. One unnamed source even said that the Trump Administration is not ignoring the fact that, even if Trump loses on this issue, Chief Justice John Roberts can be blamed.

Last week the Supreme Court told President Trump there would be no citizenship question unless the Department of Commerce could come up with a rationale for adding the question other than enforcement of the Voting Rights Act (VRA). SCOTUS pretty clearly said that the VRA enforcement rationale “the sole stated reason—seems to have been contrived.” SCOTUS went on to say that there was a “significant mismatch between the decision the [Commerce] Secretary made and the rationale he provided.” Note that the Supreme Court did not say that the question was illegal; it said the “contrived” rationale was the problem. 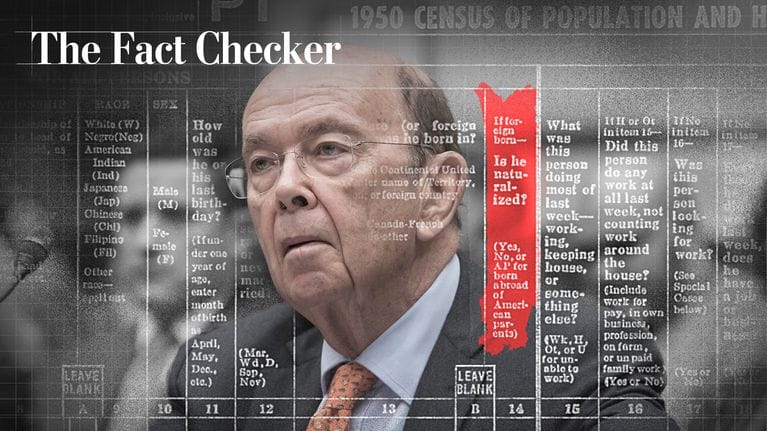 This week, Commerce Secretary Wilbur Ross and the Department of Justice lawyers indicated that the administration was caving on the issue, having confirmed that “The Census Bureau has started the process of printing the decennial questionnaires without the question.” While most took this to mean the Department of Commerce was not going to attempt to come up with another rationale to add the citizenship question, Trump went on Twitter the next day and said the news was fake, sparking an emergency federal court conference call that won’t soon be forgotten.

The News Reports about the Department of Commerce dropping its quest to put the Citizenship Question on the Census is incorrect or, to state it differently, FAKE! We are absolutely moving forward, as we must, because of the importance of the answer to this question.

Here we are on Friday, and Axios is reporting that Trump’s rationale could be an assertion of executive power. One unnamed senior Trump Administration official said “We didn’t come this far just to throw in the towel,” while an unnamed legal source confirmed the administration is “considering the appropriateness of an executive order that would address the constitutional need for the citizenship question to be included in the 2020 census.”

Axios is reporting that the White House is looking at another way forward.

President Trump is considering an executive order to try to move forward with a citizenship question on the 2020 census, top sources tell Jonathan Swan and me.

“We didn’t come this far just to throw in the towel,” said a senior administration official with direct knowledge of the conversations.

A senior legal source said: “The administration is considering the appropriateness of an executive order that would address the constitutional need for the citizenship question to be included in the 2020 census.”

But there is considerable skepticism within the administration that an executive order would succeed.

Interesting tactic, to say the least. First and foremost, this avenue cuts the timeline necessary to make a case to take back to the Supreme Court down to days rather than weeks. The rationale in the executive order isn’t necessarily tied to any of the reasons that accompanied this case to the Supreme Court. And it is a different animal entirely for Chief Justice John Roberts to tell a federal agency that he doesn’t like their reasoning than it is for him to tell the President the same thing.

At least one aspect of the administration’s thinking notes that throwing Chief Justice Roberts under the proverbial bus is an option. The rationale went as follows: “I think that there’s a good argument to be made that even though the president may lose in litigation at the end of the day, going through that process ultimately makes it clear that it’s the chief justice, and not the Executive Branch, that bears responsibility for that unfortunate outcome.”

A former federal judge Axios spoke to believed that the Supreme Court would let the executive order stand up.

Administration lawyers are hurrying Friday to prepare for an afternoon deadline to explain how they will proceed in adding the disputed question about citizenship to the 2020 census.

The bottom line, if an executive order is how President Trump gets the citizenship question on the census questionnaire, the results will be nothing short of epic, and you can bet that the Democrats will be none too happy.