At one time, astronomers believed the surface of Mars was crisscrossed by canal systems. This in turn gave rise to speculation that Mars was very much like Earth, capable of supporting life and home to a native civilization. But as human satellites and rovers began to conduct flybys and surveys of the planet, this vision of Mars quickly dissolved, replaced by one in which the Red Planet was a cold, desiccated and lifeless world.

What if that were not the case, and life could live on Mars, billions is being spent in the race to get humans to the planet, but can the barren landscape be tamed? A new oxygen study provides hope.

SpaceX, Blue Origin and Boeing all have aspirations to put humans on the ground of the Red Planet. The US space agency NASA has a longstanding interest while Russia and even the United Arab Emirates each outlined their capabilities to get to, what data suggests is, a sparse, unsustainable landscape.

However, a new study into the cold, desert world could provide new impetus for explorers given that it suggests deposits of briny water may contain enough oxygen to support microbial life.

Published in the Nature journal, the study was led by researchers at NASA’s Jet Propulsion Laboratory in Pasadena. Using atmospheric models to test how oxygen might react in water underneath the Red Planet’s surface, the team found evidence to suggest that the life sustaining chemical element could be present to a degree higher than expected.

“Even at the limits of the uncertainties, our findings suggest that there can be near-surface environments on Mars with sufficient O2 available for aerobic microbes to breathe,” the study states. 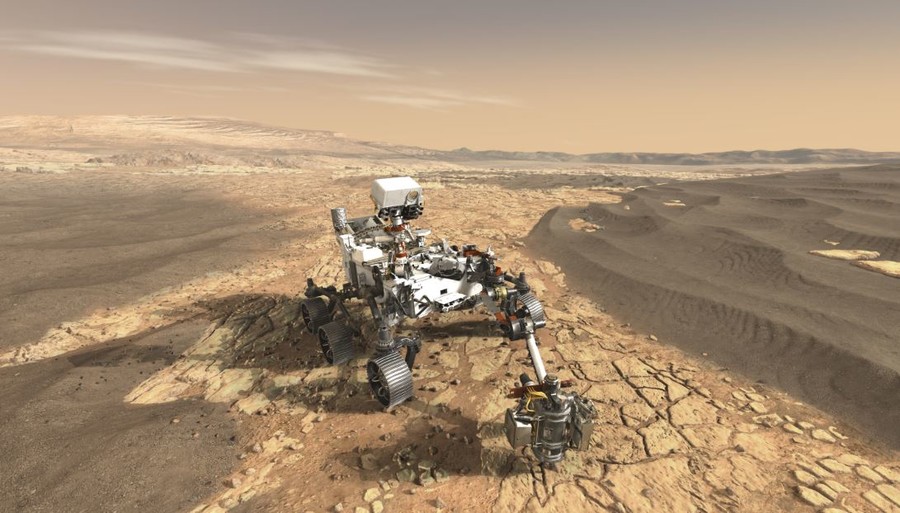 The study found that “high concentrations” would likely be in polar regions due to lower temperatures observed in the alien environment. “Our findings may help to explain the formation of highly oxidized phases in Martian rocks observed with Mars rovers, and imply that opportunities for aerobic life may exist on modern Mars,” the study adds.

Large bodies of water have proved elusive on Mars but over the years geological evidence obtained by NASA rovers suggest the planet was once water soaked. In 2015, NASA’s Mars Reconnaissance Orbiter beamed back data showing hydrated minerals giving rise to the belief that liquid water flows intermittently on the planet.

Speaking about the development, the study’s lead author Vlada Stamenković said the discovery could change everything.

“That’s the thing of habitability; we never thought that environment could have that much oxygen. It completely changes our understanding of the potential for life on current-day Mars,” he told the National Geographic.