Monsanto, considered by many to be ‘the most hated corporation in America,’ plans to take the science of genetic manipulation to a whole new level.

The agrichemical giant has joined forces with Pairwise Plants – a California start-up company helmed by a pair of Harvard scientists – and plans to invest a whopping $100 million in a form of gene-editing technology, according to an  article in Business Insider.

While the new technology, known as CRISPR, is being hailed by some as a way to correct genetic diseases, many natural health advocates question its safety – and whether our food is an appropriate target for gene-editing.

Three days after the collaboration was announced, a published study showing that CRISPR induced unexpected mutations in mice was retracted. The timing is highly suspicious, to say the least – especially in light of Monsanto’s long and disgraceful history of suppressing damaging research.

In other words, unlike traditional GMO methods – which add genes from another organism – gene-editing changes (or deletes) existing genes.

Monsanto plans to “gene-edit” corn, soy, wheat, cotton and canola – major crops used in an extensive variety of foods. (Of course, they will then have exclusive rights to the “edited” crops).

The company’s stated goal is to be the first to get CRISPR-made produce into the U.S. marketplace – and to do so within the next 5 to 10 years.

And, they are pulling out all the stops in pursuit of this goal.

Not only has Monsanto invested $100 million in Pairwise, but they are providing leadership as well. The collaboration between the two companies is so cozy that Tom Adams – the head of Monsanto’s biotechnology department – is slated to lead Pairwise as Chief Executive Officer. 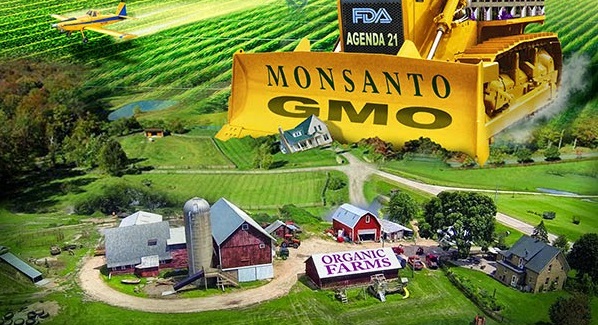 Natural health experts and GMO critics – including the non-profit organization GM Watch – warn that CRISPR could cause unpredictable mutations.

Their suspicions appear to have been confirmed by an explosive study published last May in Nature Methods, in which CRISPR caused hundreds of unintended, “off-target” mutations in mice.

The mice had originally undergone CRISPR gene editing to correct a genetic defect. When researchers sequenced their genomes – their entire collection of genes – they found that two of the mice had sustained more than 1,500 mutations involving the nucleotide (a small block of DNA).

CRISPR technology is believed to be so precise and predictable that the USDA has already given the “green light” to CRISPR-produced foods.

Yet, computer algorithms used by scientists to screen for possible unintended mutations completely failed to predict them. In addition, the mutations were “off-target,” meaning they didn’t occur in the genes that had been edited in the first place. Continue reading here here.

To add insult to world injury, Monsanto and their partners in crime Archer Daniels Midland, Sodexo and Tyson Foods write and sponsor The Food Safety Modernization Act of 2009: HR 875. This  “act” gives the corporate factory farms a virtual monopoly to police and control all foods grown anywhere, including one’s own backyard, and provides harsh penalties and jail sentences for those who do not use chemicals and fertilizers. President Obama decided this sounded reasonable and gave his approval.

With this Act, Monsanto claims that only GM foods are safe and organic or homegrown foods potentially spread disease, therefore must be regulated out of existence for the safety of the world. If eating GM pesticide balls is their idea of safe food, I would like to think the rest of the world is smart enough to pass.

As further revelations have broken open regarding this evil giant’s true intentions, Monsanto crafted the ridiculous HR 933 Continuing Resolution, aka Monsanto Protection Act, which Obama robo-signed into law as well.This law states that no matter how harmful Monsanto’s GMO crops are and no matter how much devastation they wreak upon the country, U.S. federal courts cannot stop them from continuing to plant them anywhere they choose. Yes, Obama signed a provision that makes Monsanto above any laws and makes them more powerful than the government itself.

There comes a tipping point though when a corporation becomes too evil and the world pushes back… hard!

Many countries continue to convict Monsanto of crimes against humanity and have banned them altogether, telling them to “get out and stay out!” Continue reading here.